Cloudflare has launched its own VPN service designed to make the internet faster, safer and secure for users. Known as Cloudflare Warp VPN, the service is designed for people who do not know what a V.P.N. stands for”. The service was built using the knowledge gained from the development of its 1.1.1.1 DNS service, says the company. You can activate the Warp VPN service by using the 1.1.1.1 app.

Cloudflare Warp VPN works by using the 1.1.1.1 App. The 1.1.1.1 with Warp works by replacing the connection between your phone and the Internet with a modern, optimized, protocol. When this is enabled, the service provides a secured and optimized connection between your device and the internet. Unlike other VPN that slows your connect, Warp happen to be very fast and also free to use. 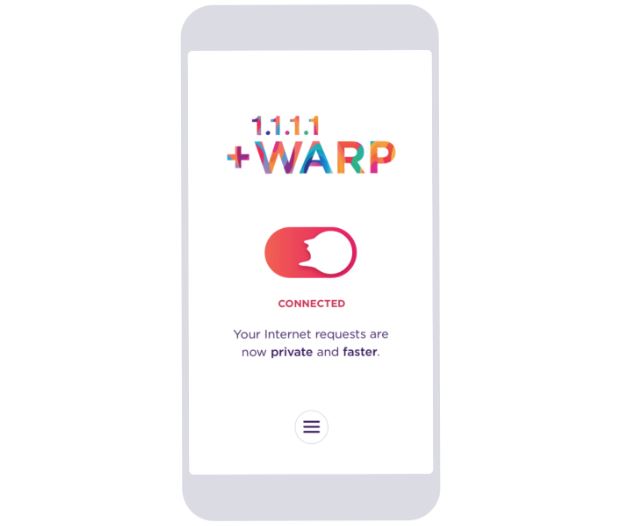 Why the VPN doesn’t drain your battery, is that it was built around WireGuard, a modern, efficient VPN protocol that is much more efficient than legacy VPN protocols. It is built around a UDP-based protocol that is optimized for the mobile Internet. The service leveraged Cloudflare’s massive global network, allowing Warp to connect with servers within milliseconds of most the world’s Internet users. Warp uses end-to-end encryption.

The app is available to both iOS and Android users. For iOS users, go to Apple Store to download the app, while Android users should visit Google Playstore. The desktop version is coming soon, according to Cloudflare.